Recently someone told me the IDE often suggests Clang-Tidy: Use emplace_back instead of push_back, but he don’t quite understand what is the difference between emplace_back and push_back. I happen to review the Scott Meyers’s book “Effective Modern C++” few months ago, so I think it is a good time to summarise the pros and cons of emplace_back method based on my experience.

First of all, let’s start from the definition of each method:

push_back: Adds a new element at the end of the container, after its current last element. The content of val is copied (or moved) to the new element.

emplace_back: Inserts a new element at the end of the container, right after its current last element. This new element is constructed in place using args as the arguments for its constructor.

To be more clear, what will happen if we call push_back?

As a comparison, emplace_back directly takes constructor arguments for objects to be inserted. In other words, the emplacement function avoids constructing and destructing temporary objects. It will be much more efficient if developer try to insert large amount of objects or if each object is time consuming to create/destroy.

In the code above, we print out some debugging statements in each constructor, so that we could have a better understanding of how the flow works.

Refer to here for why we need to reserve space in advance.

As we expected, push_back method calls the move constructor to make a copy and the destructor to destroy the temporary object. But emplace_back construct the object directly.

With the simple benchmark here, we notice that emplace_back is 7.62% faster than push_back when we insert 1,000,000 object (MyClass) into an vector.

Why not use emplace_back all the time?

We elaborate some of benefits of emplace_back method above, you might want to ask - Can we just get rid of the push_back method of containers?

For the first vector, we can tell it tries to add the number 1,000,000 to the end of the vector. However the behaviour of second line is not clear. Without knowing the type of the vector, we don’t know what constructor is actually invoking.

For example, if the vector is defined as:

Here is the output:

In the example above, it constructs a vector of 1,000,000 elements, allocating several megabytes of memory in the process. In most of the cases, it is unexpected and may take longer time for the developers to catch similar issues.

In some cases the transformation would be valid, but the code wouldn’t be exception safe. In this case the calls of push_back won’t be replaced.

This is because replacing it with emplace_back could cause a leak of this pointer if emplace_back would throw exception before emplacement (e.g. not enough memory to add a new element).

And there are some other corner cases and good examples that push_back outperforms than emplace_back, such as container with set of unique objects, or interact with explicit constructors. More details can be found in ‘‘Item 42: Consider emplacement instead of insertion” in the book “Effective Modern C++”.

At the end, I would love to quote the suggestions from this blog:

Very often the performance difference just won’t matter. As always, the rule of thumb is that you should avoid “optimizations” that make the code less safe or less clear, unless the performance benefit is big enough to show up in your application benchmarks. 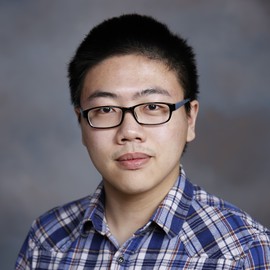 My research interests include perception and sensor fusion.